Media as a Tool for Social Progress: Alireza Jozi from TechRasa and the Start-Up Scene in Tehran 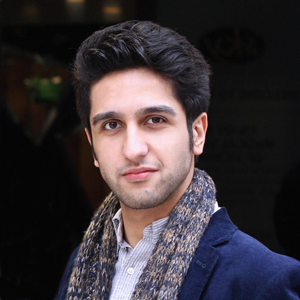 ‘Media as a tool for social progress’ was the theme that struck us as we were speaking to Alireza Jozi from TechRasa, an English-speaking independent media outlet that covers entrepreneurship and the start-up ecosystem in Iran.

When we asked Alireza how the idea for TechRasa came about he said, ‘When I returned back from five years of living in Vienna to Tehran in 2014, I decided to stay because the local entrepreneurship scene was so exciting. Through TechRasa we want to play the role of a start-up media that can show a different, positive and realistic viewpoint of the entrepreneurs, startups and innovation in present-day Tehran.’

We asked Alireza to give us a couple examples of the role of a media start-up and best-practices they’ve learned along the way and we discussed: guest blogs, collaborations with large media outlets and acting as a two-way communications consultancy for investors entering the domestic market and as a launch-pad for start-ups expanding to international markets.

Guest blogs in each others’ regional start-up media outlets

‘One of our goals through TechRasa is to create awareness and synergies between the start-up ecosystems in the region: Istanbul, Cairo, Beirut, Amman, Dubai, Athens, Tehran. Independent media can play a very influential role and we are doing this by writing guest blogs in each others’ local start-up media outlets.’ Alireza told us. Other media outlets covering the start-up ecosystem of the region are ArabNet in Beirut and Wamda, also founded in Beirut with offices in Dubai and Amman.

Alireza elaborated a bit more on the regional market, ‘It’s a bit more challenging in the MENA region, Middle East & North Africa, because we don’t have an open market like Schengen Europe or the huge market of the East to West Coast of the US. There are language, cultural and bureaucratic hurdles to tackle entering each country and we want to minimize the communication hurdle between our startup communities and also create awareness of what’s happening in each others’ cities and encourage cross-border synergies. One of the cool things about covering the start-up eco-system is that entrepreneurs already have a pre-set ‘no-borders’ mentality when it comes to their business outlook and it’s inspirational to carry that philosophy over in how we communication and collaborate through media.’

Many in the independent media circles may roll their eyes at the thought of collaborating with large corporate media outlets which have their own editorial and commercial agendas, but Alireza says, ‘We find that by creating synergies with other local medias and large national media outlets, we can raise awareness to social and philanthropic causes to amplify an issue and create national awareness that is not possible to do as a solo independent media.’

As entrepreneurs know in the MENA region where mandatory military service is common in countries like Greece and Turkey as well, interrupting your career, studies and personal life for anything from nine to twenty-four months can take a toll on your projects. “In entrepreneurship at least, if you walk away from your project for more than a couple months, it will slowly vanish,’ Alireza says. ‘We volunteered as part of a collaborative media synergy initiative, where with other small and large media outlets in Iran we were able to raise awareness on this issue to a national media level of discussion. Now this initiative is being discussed in parliament, whether entrepreneurs that meet the criteria should be able to seek deferrals for part of their military service, while they are working on their start-up businesses, as many similarly defer their service who are pursuing PhD and graduate studies.’

Many media outlets are still evolving their business model and maintain their sustainability by developing multiple revenue streams: events, newsletters, e-commerce and subscriptions. For TechRasa they fit the unique role of also acting as communications consultancy.

‘We want to be the first phone call a venture capital firm, an investor or an entrepreneur is looking to make when entering the Iranian market. We can explain to them the intricacies of the local market and we have the network to very quickly introduce them to potential partners and navigate the local market.’

On the flip-side TechRasa is also able to provide to those aspiring Iranian start- ups the PR, the network and communications advice to enter markets in Europe, the US and on other countries in the MENA region.

It’s a refreshing breath of fresh-air speaking to Alireza and to hear of the buzz and energy in 2016 Iran. Like many places we travel to, we have one pre-conception in our mind and many times find when we step into that country we find a different reality than what we expected. That’s what I get the sense is going on in Iran today and with the buzzing local start-up community and we look forward to Alireza Jozi and TechRasa joining us at the Aegean Summit in Athens in June 23-25 2016 to tell us more in-depth about the role of a media-start up in the region and how we can collaborate and stimulate the synergies in the MENA and East Med region.